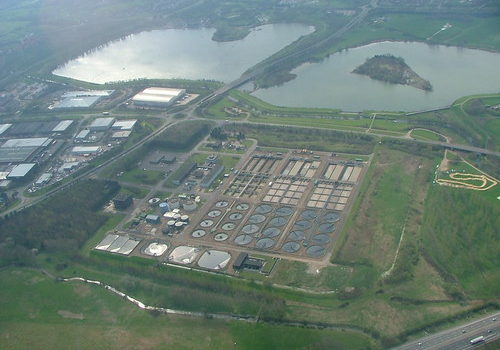 What is sewage treatment?

In this process, the main contaminants that must be removed by sewage treatment plant are either preventing the oxygen transfer or consuming the dissolved oxygen in the water. Dissolved oxygen of the water affects the biodiversity of the rivers, lakes, and oceans. Aquatic animals such as fish cannot survive in anaerobic water and the anaerobic degradation of organic materials will produce methane and other odorous gases which has significant effects on human health and the atmosphere. The end result is the death of water body and reduction of usability.

Change in pH & temperature and FOG (fats, oil, and grease) affects the oxygen solubility in the water and oxygen contact with water respectively. Biodegradable contaminants will consume oxygen from the water thereby competing with the marine life and resulting in ecological hypoxia or oxygen depletion. Sewage also contains a high level of nutrients such as ammonia and phosphorus which can result in algal bloom adding more biomass in the water. This increases the dissolved oxygen of the water during growth, but death and decay of the algae will consume oxygen resulting to also reduction of dissolved oxygen in the water.

Sewage management and sewage treatment involves the collection of household or domestic wastewater via the sewer system and then pumping them to the sewage treatment plant for reduction of pollutants. Physical process such as screening, grit removal, oil skimming, and primary clarification removes the contaminants that can be removed by physical means. Bar screen removes large solid wastes that can damage downstream mechanical equipment. Fats, oil, and grease can be removed by skimming while heavier materials such as grits are removed by settling or sedimentation. Some process also includes primary clarification to remove settleable solids thereby reducing the pollutants loading to the biological process.

In the biological process, blowers provide the oxygen for the propagation of aerobic bacteria which consumes the organic constituents of the water by converting them into energy, carbon dioxide, and new cells. The biological process removes most of the carbon in the water and uptakes nitrogen and phosphorus to produce more cells. Biological treatment can also convert ammonia into more stable nitrogen gas released into the air. Metal salts are added to process to remove phosphorus by chemical precipitation.

After the completion of the biological process, concentrated waste in the form of sludge can be separated from the clean treated water via sedimentation. Supernatant water or the clear water will undergo chemical disinfection using chlorine or ultraviolet disinfection using UV disinfection system.  Part of the sludge is removed or wasted from the biological tank to maintain a healthy community of bacteria. Sludge dewatering unit reduces the sludge volume before disposal or energy recovery. Filtered water from the dewatering unit will be returned to the process for further treatment.

Why do we need to treat sewage?

Water is a non-renewable resource

Though 70% of the earth is covered with water, only 2.5% is fresh water which is mostly in unusable form e.g glaciers and snowfields. From this small portion of fresh water, only 1% is available for the usage of the 6.8 billion people on the planet. As the population grows every year, more and more people will compete in the limited amount of fresh water to sustain life and grow the economy. Recently, the major water crisis has happened in the Philippines due to increasing demand brought about by population growth which resulted to low to no water coming from the tap for several days to weeks in various parts of Metro Manila and nearby provinces.

With the limitation on the available fresh water source and increasing demand due to population growth, people must conserve the potable water available to avoid the occurrence of more water scarcity in the future. Water recycling water can reduce demand. This is done by treatment of used water to be reuse for non-skin contact applications e.g. plant irrigation, industrial cooling, industrial processes, etc.

Compliance with the law

Every nation implements environment law to protect its water resources. In the Philippines, we have DENR Administrative Order 2016-08 which governs the water quality of water bodies for different usage and the applicable discharge water quality for each type of water bodies. This has updated the previous DAO 35 and now included requirements for nutrients removal. Failure to comply with the said regulation can penalized businesses through fines for short-term non-compliance, operations shutdown until the business complies and imprisonment of the owner.

Sewage treatment prevents the accumulation of fecal waste in the rivers, lakes, and oceans that has significant health risks. It also prevents surface and groundwater sewage contamination that prevents illnesses such as cholera, typhoid fever and other water-borne diseases aside from environmental stress to the water resources. Untreated domestic wastewater or sewage contains organic and inorganic contaminants which result in environmental stress due to change in water quality. Animals, human and marine life is affected by water pollution due to less usability of polluted water.

DENR Administrative Order No. 2016-08 has updated the government requirement for effluent discharge quality from wastewater treatment. This new law is the successor of the DAO No. 1990-35 which now requires nutrient removal for the effluent coming from wastewater or sewage treatment plant. Below is the summary of the parameters for Class C Waterbodies.

The requirement for the ammonia is very stringent. Failure to comply with the new requirements has the following Fines, Damages and Penalties:

Consistent with the Clean Water Act, a grace period is given not more than five (5) years is provided in cases wherein:

Activated sludge has been the main treatment process used for sewage treatment for the last 100 years of history of wastewater treatment. Various alteration of this process has been developed to remove carbon and nutrients from the water. These processes can be continuous like Conventional Activated Sludge (CAS) – BNR (MLE or Bardenpho), Moving Bed Bioreactor (MBBR) and membrane bioreactor (MBR) and batch processes like Sequencing Batch Reactors and Aerobic Granular Sludge. The table below shows the comparison of each sewage treatment technologies.

The treatment processes vary mainly in the biological tank and will require the same pre- & post treatment and will produce almost same amount of sludge. The continuous process such as CAS-BNR, MBBR and MBR can be designed to have preliminary and secondary clarification, separate anoxic and aeration tank, and sludge recirculation compared to batch reactors such as SBR and AGS which uses single tank for the biological process.

Comparison in terms of Footprint. The table below shows that CAS-BNR requires the largest footprint to treat sewage compared to other technologies. Sequencing Batch Reactor reduces the requirement footprint by ½ due to single tank biological process while the latest technologies such as MBR and AGS requires ¼ of the required footprint of CAS-BNR.

Comparison of Energy Input. In terms of energy requirement, MBR technology is the most energy-intensive process due to usage of the membrane process. While the lowest is the AGS followed by the SBR technology.

The table below shows the summary of comparison of all the BNR technologies in terms of water quality, nutrient removal, process stability, footprint, energy consumption, MLSS, and CAPEX and OPEX. AGS being the latest technology looks promising due to smaller footprint, lower CAPEX and OPEX and very good effluent quality. Selecting the applicable technology for the treatment is the case to case basis will not favor one technology.